MSA is thrilled to announce that SecurAcath® is now recommended by the National Institute for Health & Care Excellence (NICE).

SecurAcath is the only subcutaneous engineered stabilisation device that lasts the life of the line. The device underwent a detailed assessment under the Medical Technologies Evaluation Program. NICE has since published guidance supporting the use of SecurAcath for securing peripherally inserted central catheters (PICCs). The guidance concludes that using SecurAcath avoids the need for securement device replacement and is associated with a low incidence of catheter related complications including migration, occlusion, thrombosis and infection. Additionally, cost modelling concluded that SecurAcath is cost saving compared with adhesive securement devices if the PICC stays in place for at least 15 days. Cost savings result from shorter maintenance times and less need for device replacement. The NICE Advisory Committee estimated that the use of SecurAcath would produce annual savings across the NHS in England of a minimum of £4.2 million.

“We have been using the SecurAcath for nearly one year. We have found that it is more effective at decreasing PICC migration and dislodgement in comparison to the adhesive device we previously used” – Nicola York, Clinical Nurse Manager Vascular Access and Nutrition, Oxford University Hospital, NHS Foundation Trust.

“Our Centre was an early adopter of the SecurAcath device, being used here for over four years. We have found the SecurAcath device a great addition to long term PICC care, which has contributed to improved patient satisfaction, cost effective care and staff confidence” – Carol McCormick, Clinical Interventions Team Manager, Clatterbridge Cancer Centre, NHS Foundation Trust.

The NICE guidance is yet another validation of the SecurAcath’s clinical benefits.

The NICE guidance on SecurAcath is available at https://www.nice.org.uk/guidance/mtg34 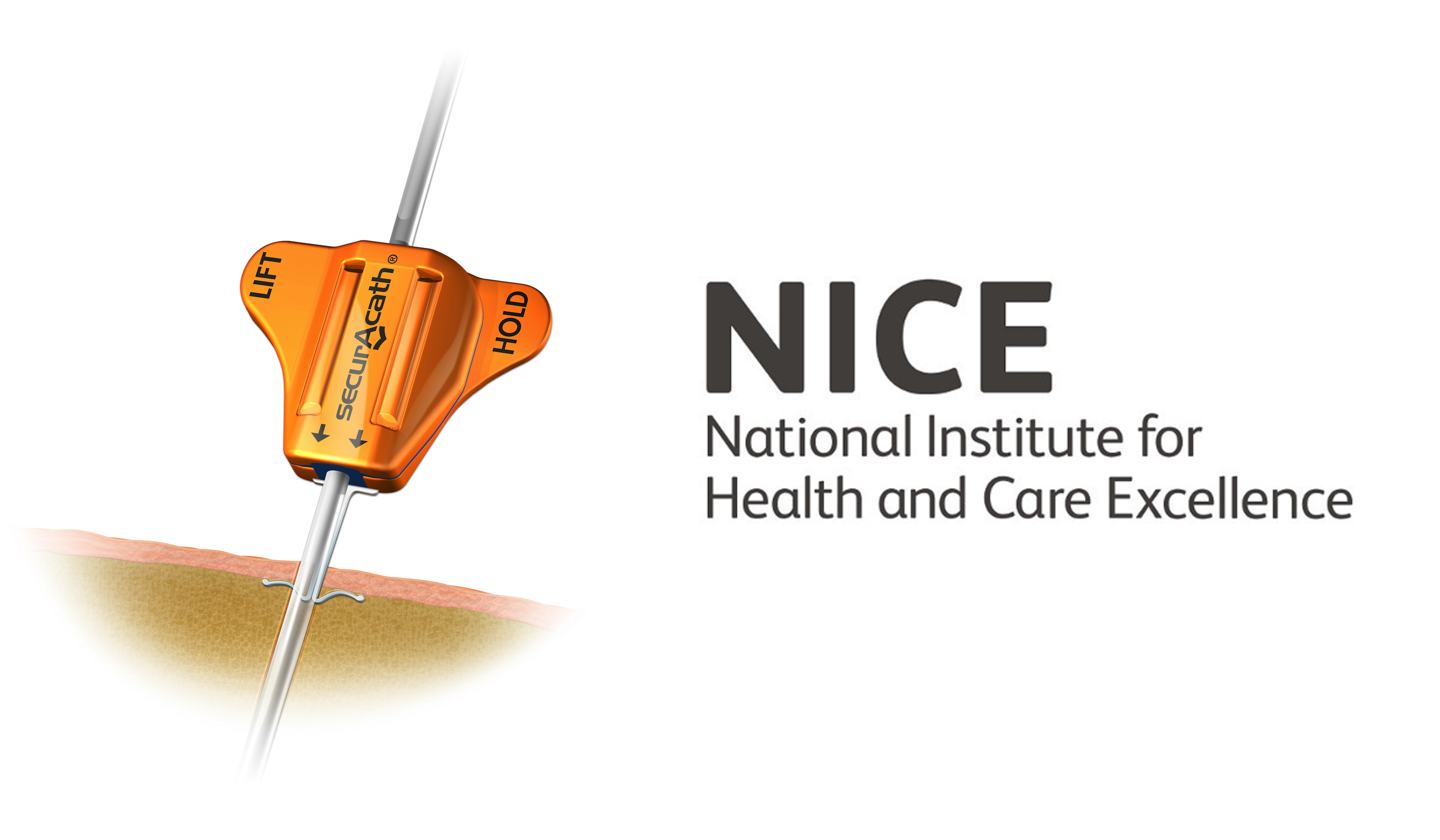